Last January, Red Hat announced the general availability of Red Hat OpenShift 4.3. As you all know OpenShift is the most popular and used distribution of Kubernetes worldwide. While OpenShift has many powerful features for DevOps environments, security concerns are one of the main concerns for users and customers. When we offer our training courses in OpenShift we joke that the rule in this “world” is features first, security later (if it arrives). That’s why this new release primarily focuses on improving in this area, but also includes improvements in storage and the user interface.

OpenShift 4.3 offers for the first time FIPS (Federal Information Processing Standard) encryption and additional security enhancements for businesses across industries to help protect sensitive customer data with stronger encryption controls. It also seeks to improve access control monitoring through new features that have to do with role-based access and user and application authorization control in general.

On the other hand, you can install the module (kubernetes operator)“Quay Container Security”that allows to know the vulnerabilities of our PODs 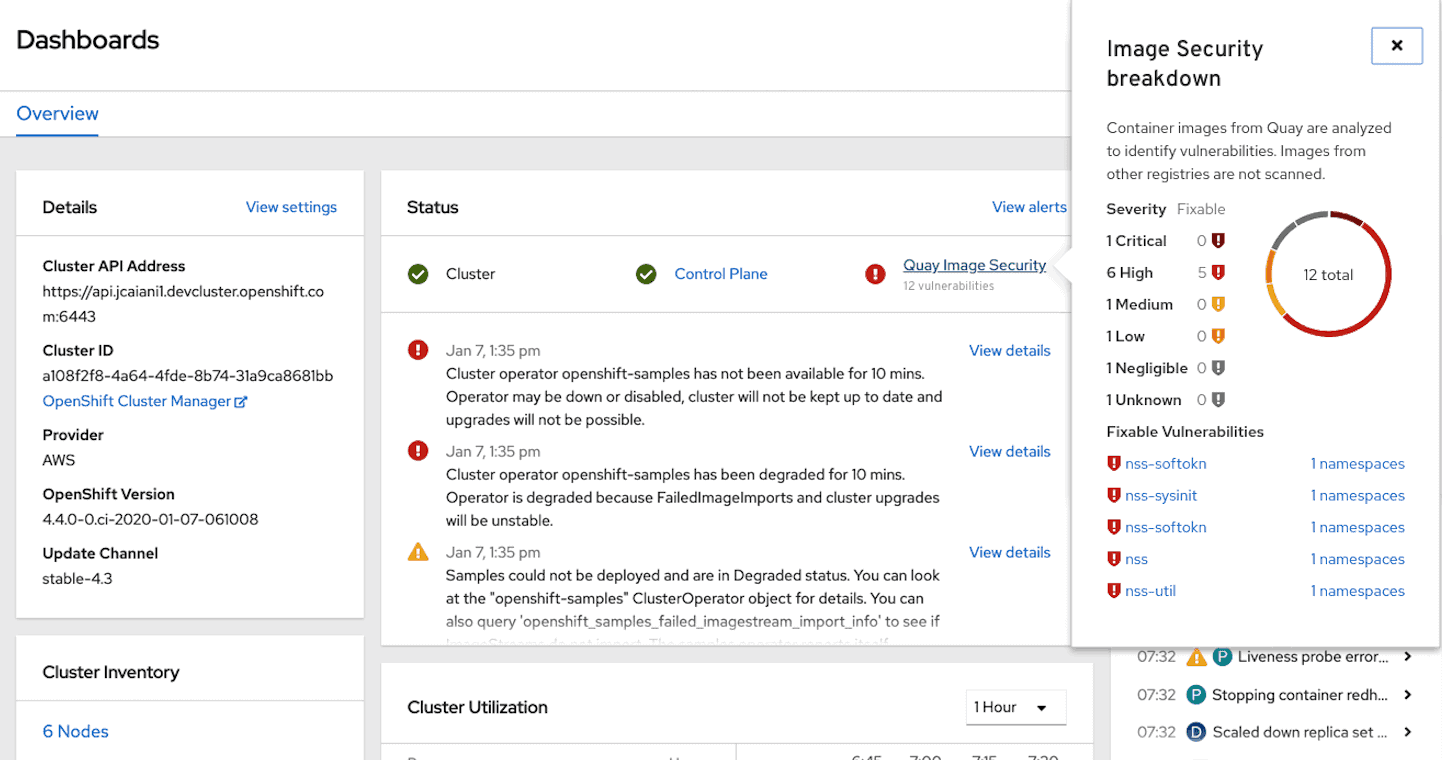 This release also coincides with the overall availability of Red Hat OpenShift Container Storage 4,which provides greater portability, simplicity, and scale for data-centric Kubernetes workloads. Red Hat OpenShift Container Storage 4, which is designed to deliver multi-cloud storage through gateway technologies across providers (Amazon, Google, Azure). This is made possible by NooBaa’s Software Defined Storage (SDS) solution, a company recently acquired by Red Hat. In this way, customers can deploy their services across multiple public clouds, while operating from a unified dashboard that covers not only applications but also storage. 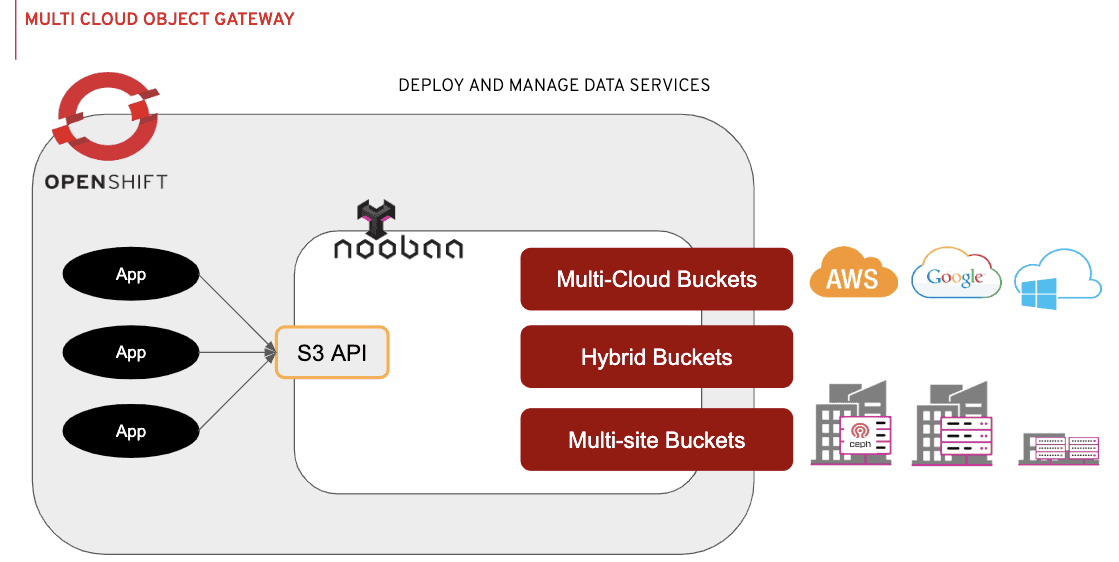 The topology view is an interface designed for developers, allowing them to not only understand the structure of their applications, but modify their configuration and even connectivity with other services directly from the console as seen in the next image. Topology view has been greatly improved, showing real-time changes.

And allowing functions such as modifying connectivity between applications and services, as well as removing them.

Imagine you’re a cluster administrator where there are thousands of users. As soon as you get to your job, you’ll most likely get a ticket where a developer complains about has console issues or some of the features of Red Hat OpenShift. Well, since version 4.3, it is possible to impersonate users, or what is the same thing to pass us as the user that we want. Using your roles and specific configuration we can perform typical troubleshooting tasks much faster and easier.

Thanks to the Tektonproject, in OpenShift version 4.3, users can activate the“pipelines”of any application. Once associated, they will appear in the topology view along with their real-time logs. Support for KNative,server-less kubernetes technology, is also included for the first time and as a technology preview.

In Sixe Engineering we have been working with OpenShift since 2013 (version 2.0) We offer professional services and private training. Contact us and tell us what you need.

This site uses cookies. By continuing to browse the site, you are agreeing to our use of cookies.

We may request cookies to be set on your device. We use cookies to let us know when you visit our websites, how you interact with us, to enrich your user experience, and to customize your relationship with our website.

Click on the different category headings to find out more. You can also change some of your preferences. Note that blocking some types of cookies may impact your experience on our websites and the services we are able to offer.

These cookies are strictly necessary to provide you with services available through our website and to use some of its features.

Because these cookies are strictly necessary to deliver the website, refuseing them will have impact how our site functions. You always can block or delete cookies by changing your browser settings and force blocking all cookies on this website. But this will always prompt you to accept/refuse cookies when revisiting our site.

We fully respect if you want to refuse cookies but to avoid asking you again and again kindly allow us to store a cookie for that. You are free to opt out any time or opt in for other cookies to get a better experience. If you refuse cookies we will remove all set cookies in our domain.

We provide you with a list of stored cookies on your computer in our domain so you can check what we stored. Due to security reasons we are not able to show or modify cookies from other domains. You can check these in your browser security settings.

We also use different external services like Google Webfonts, Google Maps, and external Video providers. Since these providers may collect personal data like your IP address we allow you to block them here. Please be aware that this might heavily reduce the functionality and appearance of our site. Changes will take effect once you reload the page.